Christmas is a favorite celebration for adults and kids. This is a time of the year when everybody is happy, families unite, and loved ones are together. Festivity can include a variety of activities, such as Christmas cookie exchanges, get-togethers with friends for cocktails, nights out with your favorite holiday movies, and, of course, a large Christmas dinner with all of your loved ones.

However, there is one must-have for every party. Regardless of how you choose to spend the holiday season, sweet and savory Christmas snacks are a must. Below, you will find some of the most loved and enjoyed Christmas snacks.

It is impossible not to start our list of favorite Christmas snacks with gingerbread. Gingerbread has a very long history, and it is believed that decorations for Christmas trees have been made out of it at least since the Victorian era. It’s uncertain if gingerbread homes originated as a literary fabrication, but they gained popularity when the Grimm brothers’ “Hansel and Gretel” was published.

Only professionals were permitted to manufacture gingerbread year-round in some regions of Europe in the 17th century. The Christmas-gingerbread connection may be explained by the fact that the prohibition was relaxed for Christmas and Easter.

To ensure a disaster-free construction process, gingerbread house kits come with an inventive frame, leaving you free to focus on decorating your creation. Many different companies manufacture gingerbread houses, and each of them comes with different shapes, colors, decorations, and ingredients. You can even make one at home. 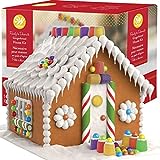 The modern kind of eggnog is a 17th-century adaptation of an English punch made with milk and wine. Nogs were an obvious choice for spreading holiday happiness because they were frequently prepared for social gatherings to celebrate the well-being of those who partake. Those Christmas snacks are admired by millions of people all around the world today.

Modern eggnogs are frothy mixtures of eggs, milk, and sugar that have been spiked with bourbon or rum. The method is straightforward; however, there are pasteurized commercial eggnogs that are easily found in shops if you’d rather avoid using raw eggs. 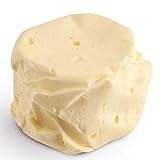 Panettone was first created in 1495. After the desert was burned at the opulent Christmas supper served by the Duke of Milan. A talented young chef named Toni created a thick brioche bread that was stuffed with raisins and candied fruit. The Duke adored it, and the custom of “Pane di Toni” was established.

Panettone later came to represent liberty in Italy in 1821. Instead of raisins and fruit, red candied cherries and green citrus were used to make the red, white, and green Italian flag. When prepared properly, panettone is among the amazing Italian Christmas snacks with an equally exceptional flavor.

Originally used by Italian bakers to produce Panettone, Sapore Madre is now more widely utilized and will enhance the flavor and texture of all your decadent bakery creations. The ‘Lievito Naturale’ sourdough from the north of Italy is the inspiration for Sapore Madre. Since 1923, this sourdough has been repeatedly and daily replenished. 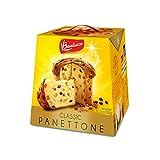 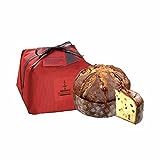 The history of fudge begins in the United States in the late 19th century. During the 1880s, a lot of journals and advertisements printed recipes. Its popularity can be attributed in part to the declining price of refined white sugar as well as the ease with which it can be made at home without the use of specific tools.

People seeking a sweet option that lies between pricey, fancy American candies and the cheapest sweets found it to be popular because of its affordable, unpolished attributes. Today, fudge is one of the most famous and loved Christmas snacks.

Making fudge involves combining sugar, butter, and milk, heating the mixture to the soft-ball stage at 240 °F, and then beating the mixture as it cools to give it a smooth, creamy texture. This crystallized sweet snack is kind of a mix of fondant icing and firm caramels. On top or within, tastes such as fruits, nuts, chocolate, caramel, candies, and sweets can occasionally be added. 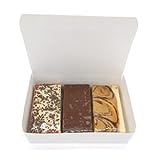 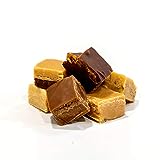 Sugar cookies have been baked for generations and have a simple, traditional flavor. When sugar became widely accessible, sugar cookies gained appeal and became more generally available. The sugar cookie is thought to have started in Nazareth, Pennsylvania, around the middle of the eighteenth century.

A round, buttery, crumbly biscuit called the Nazareth Cookie was invented by German Protestant immigrants. In the 1800s, sugar cookie recipes were first published. Sour cream or a lot of milk was often used instead of or in addition to the now-standard components in some of these early variants.

The Boston Globe published a sugar cookie recipe in 1885 that used a ratio of one cup sugar to one and a half cups butter, baking powder, and no liquid dairy components. As a form of icebox cookie, Pillsbury started selling pre-mixed chilled sugar cookie dough in US grocery stores in the late 1950s. Sugar cookies are undoubtedly one of the major Christmas snacks. 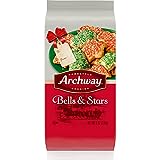 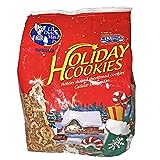 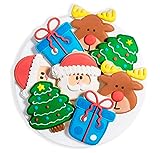 The pecan pie was invented in America. Native to North America, pecans were spread by Native Americans as far north as Illinois and the southern portion of Iowa. People began using pecans for baking as soon as they become available. The earliest documented pecan recipes were in Texas cookbooks in the 1870s and 1880s.

Nevertheless, it wasn’t until 1898 that a Texas woman submitted a recipe to a church charity cookbook in St. Louis that it most nearly resembled the pecan pie we know today. Pecan pie recipes began to appear outside of Texas at the turn of the 20th century, but they wouldn’t gain widespread acclaim until the middle of the decade, around the 1920s.

In its original form, mincemeat was a combination of chopped leftover meat, dried fruits, sugar, and spices used to stretch a meat supply. The amount of meat in the recipe gradually decreased until the mincemeat we know today consists solely of fruit, sugar, and alcohol.

Mince pies had been a Christmas-time staple in Britain by the 16th century. Some people believe that the Saturnalia custom of giving sweetmeats to Roman fathers at the Vatican contributed to the popularity of mincemeat pies during the Christmas season.

Mincemeat pies were denounced by the Puritans as a Catholic tradition, which may account for why they are less common in the US than in the UK. They are very easy to make and only take up to 45 minutes.

The History Channel claims that deviled eggs date all the way back to the time of ancient Rome when boiled eggs were given at the start of meals along with hot sauces.

In the southern Andalusian areas of Spain, filled eggs first appeared in the 13th century. For instance, a cookbook from this time proposes blending cooked egg yolks with cilantro, onion juice, pepper, and coriander with a fermented fish sauce. Two centuries later, dishes quite similar to this one were commonly available throughout most of Medieval Europe.

But we didn’t start seeing deviled eggs that looked like what we would call deviled eggs until the late 19th century. One of the earliest cookbooks published in 1896 recommended adding mayonnaise to bind powdered egg yolks together, which gave rise to the traditional recipe we know today that calls for mayo, mustard, and paprika.

The Santa Claus ornaments on this Christmas candy not only affect the eggs’ looks but also alter their flavor for the better. These deviled eggs are among the best because of their additional ingredients. The inclusion of capers, which are used to make eyes; mouths made out of red peppers; cream cheese, representing hair; and ham is used to make noses.

So, with its taste and with its look, Santa’s Deviled Eggs can be considered one of the cutest and most delicious Christmas snacks.

Figgy pudding, also known as a plum, was first created in Britain in the fourteenth century as a method of food preservation. It was a soup-like dish that was offered as a meal during a fast in advance of Christmas. Rump and prunes, wines, and spices were combined with beef and mutton. Since then, it has become one of the staple Christmas snacks.

It was called “frumenty” when grains were added to make it “porridge.” Its name was changed around the 15th century and became “plum pottage.” It was a combination of meats, cereals, vegetables, lipids, spices, and fruits, most notably raisins and currants, not actual plums, and it was preserved.

The fruit was easier to come by towards the end of the 16th century, and figgy pudding switched from savory to sweet. At about the same period, “We Wish You a Merry Christmas,” an English folk song, started to be sung by carolers. The poor people who sang “Oh bring us some figgy pudding” and “we won’t go till we receive some” as they stood on the doorsteps of the affluent were probably having a little fun, being frank about the divide between the two groups, and spreading holiday happiness. 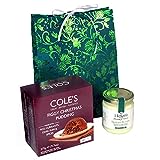 Everybody enjoys Christmas. It is a time when everything is possible, and we have hope for a better change. Celebration is impossible without loved and cherished Christmas snacks that have been around for centuries. Above, we explored sweet, salty, and sour treats that can create a festive spirit and satisfy loved ones.

Share your thoughts in the comments section. What are your favorite Christmas snacks and why?