Hosting a Thanksgiving meal can be both gratifying and exhausting. There are numerous details to consider while preparing a meal for a large group. Everyone knows that a typical Thanksgiving dinner includes turkey, stuffing, mashed potatoes, side dishes, and pies. But guess what? Unfortunately, in the haste to finish other parts of the Thanksgiving feast, the value of Thanksgiving snacks frequently gets overlooked.

Giving your visitors some snacks to munch on while they endure the long wait for supper can keep them pleased and happy. Below, you will find a list of some of the most delicious and loved Thanksgiving snacks.

Every year on the fourth Thursday in November, the United States celebrates the holiday known as Thanksgiving. Though many Americans are more familiar with the festival because of a historical fact. In 1621, the pilgrims who were residing in northeastern America at the time and the Native Americans celebrated together for three days while dining in harmony. The feast was an opportunity for the two groups of people to share and take in the harvest after they had collaborated on it.

Did you know that Thanksgiving is also celebrated in Canada? However, it’s a little sooner than in the United States. Every year, the first Monday in October is Thanksgiving in Canada. This tradition is related to the name of Martin Frobisher, who began the festival of giving thanks in 1578 after he returned safely from an exploring expedition, but Canada was the first nation to observe it.

Thanksgiving means something somewhat different to folks today. Thanksgiving is a time when many Americans and Canadians gather with their families to give thanks for what they have.

Every household prepares a Thanksgiving feast differently. Generally speaking, it is better to keep to the theme of locally grown, fresh foods during the fall. This implies that your

Thanksgiving tables may include root vegetables, pumpkin and other squash, cranberries, pears, pomegranates, persimmons, or sweet potatoes, depending on where you live in the United States. If you plan to fill your Thanksgiving table with sweet American snacks, it’s a good idea to keep in mind the fall spice profile, which includes ginger, garlic, cinnamon, nutmeg, cloves, and allspice.

Marshmallow sweet potatoes are a snack that is cooked for Thanksgiving across the nation. Although they most certainly weren’t served during the first Thanksgiving feast in 1621, fluffy white marshmallows are nevertheless often offered today.

All you have to do is roast some sweet potatoes, mash them with some butter and cinnamon, sprinkle some marshmallows on top, and then return them to the oven to finish toasting the marshmallows.

In America, the arrival of pumpkin spice signals the start of fall. There is a pumpkin spice variation for almost everything. Pumpkin spice products abound, including coffee, pastries, bagels, and sausages.

Few items associated with our holiday celebrations have deeper American origins than pumpkins, which were initially domesticated in Central America around 5,500 B.C. and were among the first foods brought back to Europe by the first European explorers. Even though Thanksgiving snacks are rarely associated with European candy, the orange gourd was first recorded in Europe in 1536. Within a few decades, it was common in England, where it was known as “pumpions” (from the French “pompon”) due to its spherical shape.

Thanksgiving had become a significant New England regional event by the early 18th century, and pumpkin pie had earned its place at the table. Colchester, a town in Connecticut, is well known for delaying Thanksgiving by a week in 1705 due to a shortage of molasses needed to bake a pumpkin pie.

There are usually two pies that come to mind when you think of Thanksgiving snacks: pumpkin and pecan. Pecan pie is obviously one of the best pies to eat in the fall. How did pecan pie become so well-known at this time of year, and where did it come from?

In the middle of the 1920s, demand for pecan pies increased rapidly. Around this time, Karo syrup bottles with a pecan pie recipe printed on the label started to appear. Those who purchased the syrup soon learned that the pie was delectable and simple to make. A cup of syrup, eggs, sugar, butter, vanilla extract, and pecans were all included in Karo’s recipe.

It’s common practice to include alcoholic beverages like bourbon, rum, or whiskey in recipes. Other versions involve adding chocolate and coconut flakes. Alternatively, brown sugar or molasses can be used in place of corn syrup. Although earlier pie recipes could have included milk or raisins — as the Karo recipe spread across the nation, such ingredients were all but forgotten. But one well-acknowledged truth is that the pie uses a conventional pie crust.

While candied sweet potato dishes may have their roots in 16th-century European cuisine, candied yams as we know them in the South are primarily American. This is supported by numerous other candied sweet potato recipes that were published in the late 1800s and early 1900s. 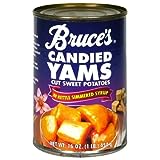 Despite being a significant source of protein, pumpkin seeds are also rather light, making them suitable as Thanksgiving snacks. The seeds from a fresh pumpkin that was used to make a pie can be utilized in this wonderful way.

Wash, dry, and roast the seeds only until they are roasted. The dish is finished with a drizzle of olive oil and some sea salt. Curry powder and smoked paprika are two more excellent alternatives for flavoring.

Even though we enjoy using our cast-iron skillets for different sorts of dishes, we would undoubtedly choose cornbread if we could only cook one dish in it. A well-cooked cornbread will easily pop out of a well-seasoned griddle because the pan remains nonstick.

The recipe is easy to follow and basic, which is essentially what you would expect from Thanksgiving snacks. Cornmeal and flour, together with a small amount of sugar, salt, and baking powder, are combined with milk, eggs, and butter. We would contend that the really wonderful compound honey butter coated with salt is what makes the dish unique.

Stuffed mushrooms are also among the most wonderful Thanksgiving snacks. You can use Bella mushrooms with spicy, herbaceous bread crumbs and plenty of cheese to make these. When you’re ready for an appetizer or side dish, stuff them in advance and bake them.

Stuffed mushrooms actively appeared as Thanksgiving snacks in the late 19th or early 20th century. Given that the recipe originated somewhere in Italy and bears a striking resemblance to Italian stuffed zucchini, it is most likely the Italians who deserve credit for the invention of the stuffed mushroom.

When the French started to produce mushrooms for food in the 19th century, the idea of eating fungus was first popularized publicly there. At first, the preferred mushroom of choice was the brown crimini, but later morels, shitakes, and even the rare, expensive, and incredibly delectable truffles gained popularity as the world’s cuisine evolved. Few foods have the same flavor as stuffed mushrooms; there is even a National Stuffed Mushroom Day.

It’s time to get acquainted with dates, if you’re not already. The sweetness of the date provides the perfect balance to the creamy goat cheese, salty bacon, and crispy dates. Make extras because when your guests have just started to arrive, we promise they will disappear from the plate. Those Thanksgiving snacks will eventually make everyone fall in love with them.

The combination of bacon and dates, a clever blending of the sweetness of the fruit of the palm tree with the harsh and flavorful swine fat, is what really decimated the sophisticated snacks of the 1970s. It’s true that sausages with bacon and even mussels wrapped in idem were introduced earlier.

These incredibly tasty dates are also known as “Elche treats.” The Orts family, which established the hotel next to the Huerto del Cura botanical park, claims that this famous meal was created there.

Who doesn’t enjoy soft, melty cheese wrapped inside a crispy shell when it comes to hors d’oeuvres? Amazing Thanksgiving snacks like baked brie are usually a great selection. Cranberries are added to these perfectly cooked pieces to give them a festive flair.

Gooey cheese, crunchy nuts, flaky pastry, and a burst of tart sweetness from cranberries are all present in these attractive Thanksgiving snacks. These bites have a puff pastry casing that gives them an additional buttery crunch and creates the ideal cup for the brie wedges to melt in.

After baking, a homemade cranberry sauce with orange zest and honey is spooned on top, giving these brie bits a vibrant, tangy flavor. To finish the meal, add nuts and new sage leaves to the garnish. For the perfect snack, serve these Cranberry Baked Brie Bites with dry sparkling champagne.

Thanksgiving is the time when families and loved ones gather around the table and express gratitude for what they have. The day was intended to commemorate the last harvest when crops and harvested food were being brought in from the fields when it was originally established many years ago. Above, we explored some of the traditional Thanksgiving snacks that can make the spirit even more festive.