What is something that comes to mind when someone mentions hot, sweet, salty, and savory foods? Chances are that these adjectives make you think of popular Indian snacks. This unusual cuisine of India has become particularly popular in recent years, and it is rapidly gaining greater international recognition. You could think of hot, sweet, salty, and savory foods while discussing this unusual cuisine.

Famous Indian snacks are not only incredibly delicious but also quite low in fat since they are based on a variety of spices and herbs like ginger, cinnamon, garlic, cloves, asafetida, anise, or coriander rather than the fatty ingredients you’ll find pretty much everywhere else in the world.

And guess what? Indian snacks actually stimulate your appetite rather than suppress it. Below, you will find some of the most loved and cherished Indian snacks that everybody has to try out.

One of the first thoughts that come to mind when you think about India is its diversity. India celebrates a wide variety of languages, dialects, unusual traditions, and most significantly, Indian culinary dishes, in every region and every state. The variety of food in India means that a standard dish for Indian cooking in one location may be utterly unfamiliar to residents of another.

Indian snacks are rich and diversified due to two factors. The history of India is the first thing to discuss. Over the years, several foreign invaders have entered and remained in India, influencing both its history and food.

Second, Indian food is unique since it is regarded as an art form in that country. Indian culinary techniques are passed down from generation to generation as a valuable cultural treasure. While Indian food may be made to be exceptional at any time of the year, unique Pongal dishes are added during the holiday season.

The culture and customs of India have a strong connection to the history of Indian snacks. A snack is a little meal in between meals. As diverse as the Indian population, Indian food offers a wide variety of snacks. The bulk of Indian snacks is made using potatoes and other spices as their foundation. One of the earliest snacks in Indian cuisine is also aloo tikki. Samosa, one of the many Indian delicacies that have been handed down through the ages, is another snack that the public enjoys very much.

The majority of snacks often adhere to the prescribed recipes using the consistently recommended ingredients. Although certain traditional Indian recipes are not constrained by a particular recipe since they vary from home to home. Let’s examine Indian snacks more closely while offering background on Indian cuisine in the process.

The main ingredients of chikkis, ancient Indian snacks (brittle), are almonds, sugar, or jaggery. Other variations exist in addition to the most popular groundnut (peanut) chikki. The ingredients used in each type of chikki include puffed or roasted Bengal gram, sesame, puffed rice, beaten rice, khobar (desiccated coconut), and nuts including almonds, cashews, and pistachios.

If you enjoy peanut-based sweets, you should look out for classic Chikki from India. Even when other nuts (such as cashews or almonds) are utilized to make these delicious sweet delights, peanuts remain the star. Light sweetness, richness, and nuttiness will all be present in a lovely balance. With just a delicate bite, the Brittlebrittle may simply crumble into your mouth, and the mouthwatering aroma fills your taste buds equally. 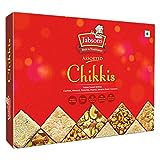 Banana chips have their beginnings in Kerala cuisine. They can be cooked in oil with spices for a salty or spicy flavor, or they can be dusted with sugar or honey for a sweet flavor. Underripe banana slices are frequently deep-fried in sunflower or coconut oil to create fried banana chips. Fried plantain chips are referred to as nenthra-kaaya oopperi, vazhaykka upperi, or upperi in Kerala. Both ripe and underripe plantains are used in this method of chip-making.

After sampling these banana chips once, French fries may no longer have a place in your diet. The original concept for this free and delicious snack is very straightforward. To begin, select a few unripe bananas and slice the rest of the ingredients into thin, circular slices. All of these pieces should then be deep-fried in heated coconut oil until extremely crispy.

In this phase, banana chips are not finished. To flavor those Indian snacks and make them even more fascinating to consume, you could cover them with sugar, jaggery, or masala spices. In its native Kerala, people frequently incorporate it into both regular meals and special events. 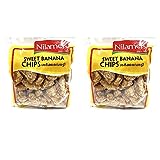 Gulab jamun is an amazing Indian snack that is both soft and succulent. It is one of India’s most well-known sweet foods, and special events and festivals are when people enjoy it the most. These Indian snacks originated from an Arabic dessert called Luqmat al-Qaadhi, which translates to “The Judge’s Bite” and comes from Persian cuisine.

During the Mughal Empire, this delicacy gained popularity and was nicknamed Gulab Jamun, utilizing the Persian words gul (flower), ab (water), and jamun (Indian fruit with similar shape and size).

When served with cooled rabri, the warm, juicily delicious jalebi is something to die for. You may be surprised to learn that this delicious dish we have been enjoying for so long does not have Indian roots.

According to the Oxford Companion, the original recipe for this well-known delicacy, which goes by a number of names, may be found in the cookbook “Kitab-al-Tabeekh” by a Baghdadi author. Jalebi has been around in India for 500 years despite not being an Indian snack. Additionally, the Sanskrit phrase “Jalvallika,” which means “full of water,” is where the name Jalebi originates.

You’ll be astonished to learn that in northern India and Pakistan, jalebi is used to treat headaches and colds when consumed with warm milk. In the winter, many individuals appreciate this combo since it makes them feel warm.

A popular Indian snack known as murukku is made by combining rice flour, urad dal, and bean flour into a spiral-shaped batter and deep-frying it in oil. These flavorful nibbles are seasoned with chile, cumin, or onion powder. Tamil Nadu is where it first emerged. For celebrations like Vinayaka Chaturthi, Diwali, and Krishna Jayanti, the traditional Indian food is murukku. 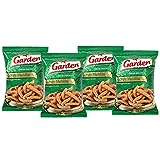 The spicy, crispy Indian snacks resemble Indian noodles and are made from gram flour with ajwain and turmeric before being deep-fried in oil. This snack has its roots in North India. Today, it is well-liked everywhere in the nation.

The name “sev” relates to the snack’s thread-like appearance and is supposed to be derived from the word “sew,” which signifies sewing. It is the second most popular meal after peanuts in India and is consumed by Indians even outside of the country. While some are spicy and as thick as spaghetti, others are quite thin and unseasoned.

Samosas are the food that every Indian, whether they are locals or not, prefers. It contains a variety of flavors and a crunchy texture. These triangle-shaped pastries are deep-fried and filled with onions, lentils, spicy potatoes, peas, or ground beef.

Old trade routes from Central Asia should have brought the fabled golden-brown food to India. These spicy triangles are typically served hot with yogurt, chopped onions, or homemade Indian chutneys that contain herbs like mint, coriander, or tamarind.

Indian pakora is a delicious meal made with deep-fried vegetables, including cauliflower and eggplant. It’s common street food in India, but you can also cook it at home with very little effort. Pakoras are often particularly well-liked in the spring when people eat fried food in observance of the monsoon season. Pakoras are frequently seasoned with spices like turmeric, salt, chile, and others. 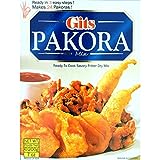 Chop, Pakora, and Bhaji all relate to an Indian variation of fried fritters and are all members of the same family. These Aloo Chops, however, vary from the other two in that their exteriors are made of mashed, spiced potatoes and breadcrumbs.

Your first mouthful of this aloo chop will be bursting with aromas thanks to the herbs and spices that are already present in the mashed potatoes. Additionally, you may experience two textures in one treat because the interior is rather soft and the exterior is unmistakably crunchy.

Aloo Chop is an amazing Indian snack and side dish with warm muri (puffed rice), salads, and some special sauces on the side. The components on the plate will all work nicely together.

Between 100 BC and 300 CE, Vada first appeared in North India, mainly among Tamil tribes. Vada comes in a wide variety of forms, according to the region and the individual tastes of the population. You should definitely attempt cooking these American snacks — lentil fritters or doughnuts at least once.

Chana dals and different spicy spices make up the majority of a traditional Masala Vada (chilies or fennel seeds). The dough is then cut into different ring-shaped doughnuts, deep-fried till crispy, and served with Masala seasonings.

Contrary to popular assumption, Indian snacks may be prepared in a variety of ways beyond the usual curry, chili, and oil. There are recipes for Indian food from North India, South India, and many more regions.

No other country has such a diverse selection of unusual foods, and no other country provides such a wide range of sensory stimulation. One of the many things about India that you never forget is the abundance and diversity of Indian snacks.