Although there is no traditional Mexican food linked with the celebration, it is still a time to get together and celebrate Puebla’s and Mexico’s culinary heritage. Holidays and festivals are fantastic times to gather around the family and enjoy spending time with loved ones.

However, there is no celebration without delicious snacks. This particular one is not an exception. So, let’s explore some famous Cinco de Mayo snacks that can make the day even more joyful!

What is Cinco De Mayo? – Brief Overview Of The Festival

The festival is related to the fact that the Mexican people defeated France at the Battle of Puebla in 1862. Nowadays, this victory is celebrated as Cinco de Mayo. When Benito Juárez, the president of Mexico, stopped making payments on the country’s foreign debt, Napoleon III retaliated by sending French forces to invade, sparking the start of the battle between the two nations.

The Mexican warriors were inspired by their victory in Puebla, but their enthusiasm was short-lived. France eventually invaded Mexico, establishing Maximilian I as emperor. The Mexican people managed to drive the French out of the country and put Maximilian I to death.  Mexico became a sovereign nation again in 1867.

The festival began in Puebla, a town and area southeast of Mexico City. In the United States, Cinco de Mayo is sometimes confused with Mexico’s Independence Day, which is really celebrated on September 16. On this date in 1810, a Mexican priest named Miguel Hidalgo urged the people of Mexico to rebel against Spanish authority, which ultimately brought Mexico independence. Every year on May 5, the celebration of Mexican ancestry takes place, and this celebration is known as Cinco de Mayo.

The Cinco De Mayo event eventually developed into a national festival of Mexicans and Mexican Americans, as well as a component of the growing Mexican-American civil rights movement that got its start in the 1940s. Cinco de Mayo became a matter of pride for many activists.

Needless to say, festival attendees enjoy trying some of the most delicious Mexican recipes. So, let’s see what the most popular salty and spicy Cinco   Mayo snacks are.

It is impossible to talk about Cinco de Mayo snacks and not start with Molé Poblano. The main thing is that this dish is associated with the Cinco de Mayo festival. The chocolate-heavy kind of mole originated in Puebla and is an excellent choice for any type of festival and an inseparable Cinco de Mayo snack. The recipe for the most popular mole, mole poblano, which is created with hot chiles and bitter chocolate, remains unknown.

The meal is typically served with white rice, nopales salad, fried beans, molotes de plátano (stuffed plantain patties), and chalupas (little fried tortillas), relished with a variety of toppings. Although the preparation of mole poblano takes some time, it is time well spent. Although the sauce is fantastic with chicken, it is absolutely excellent with duck and quail.

Popular Mexican foods and famous Cinco de Mayo snacks are tamales. Tamales are formed with a dough made from maize that is filled with a variety of meats, beans, and cheese. They pair well with guacamole, rice, and pico de gallo.

Preparation of tamales is actually extremely easy and is made very enjoyable by having plenty of people assist and wrap them. The dough and the filling are the only two primary components. On the maize husk, the “masa” dough is distributed. Corn husks are used to enclose the filling of tamales and the dough itself. Also, the husks give tamales a distinctive flavor. 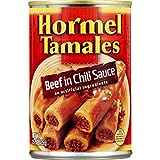 Long before the arrival of the Spanish people, tacos are said to have originated in Mexico. Made out of tiny hand-sized tortillas of maize or wheat and topped with a filling, tacos are undoubtedly essential Cinco de Mayo snacks.

The tortilla is folded over the contents and eaten with one hand. A taco’s adaptability and diversity are greatly enhanced by the availability of a wide range of fillings, including beef, pig, chicken, fish, beans, veggies, and cheese. They frequently have different toppings such as salsa, guacamole, or sour cream, as well as vegetables including lettuce, onions, tomatoes, and chiles as garnishes. Tacos are a popular type of antojito, or Mexican street cuisine, that has become popular worldwide. 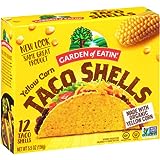 At around the same time as Cinco de Mayo was becoming more well-known in the United States, the traditional fish taco was created on Mexico’s northwest coast in the 1950s and 1960s.

The fish taco is produced by layering a symphony of condiments on top of hot, crispy fried fish that has been gently charred. A refreshing avocado sauce contrasts nicely with the spiciness of the chile de árbol sauce and the silky mayo sauce that clings to the fish. The dish is finished off with a zesty pico de gallo and crisp, shredded green cabbage.

Chamoyada, also known as Mangonadas, comes to the rescue, especially during the warmer months. However, they can be great, sweet Cinco de Mayo snacks. The salty, spicy, and acidic flavors of Tajin and chamoy are always present in these desserts, which are also known as charangos.

Those Cinco de Mayo snacks can be created with any mix of mango sorbet, chopped fresh mango, or mango purée, and they may or may not be spiked. Tajin, a chile-lime salt, is a tasty accompaniment to both savory and sweet dishes. The original ingredients for its condiment, chamoy, included fermented fruit, salt, sugar, and chilies.

Tajin, chamoy, and tamarind straws are available online and at Latin American grocers or supermarkets, depending on where you live. Their sour, chewy coating provides an additional nip of acidity. Various fruits, such as mango, lemon, guava, tamarind, pineapple, and strawberries, can be used to flavor chamoyadas.

Some sources state that churros originated in Spain. However, those treats have a long and interesting history.

It is believed that churros are associated with a Chinese pastry known as youtiao. Churros were introduced to South America during the Spanish Inquisition in the 1500s. However, their exact origins are unknown. At this time, the Spaniards also brought cocoa back to Europe. They experimented and used sugar cane to sweeten the cacao. This led to the creation of hot chocolate, which is still widely admired today as one of the greatest Cinco de Mayo snacks.

Funny enough, Disneyland, a theme park that has been selling the tasty delicacy since the 1980s, is also credited with helping the churros gain popularity. The churro comes in a variety of tastes these days. 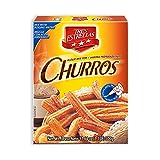 Mexican sweet corn cake is the ideal way to conclude any Mexican meal since it is sweet and delicious. What makes a Mexican corn cake unique? To begin with, it requires three different types of corn: real corn, corn meal, and corn flour. This well-liked dessert is likely to be a hit, whether you serve it with ice cream, caramel, cajeta, or both. Therefore, because of how easy it is to make and how good it tastes, Mexican sweet corn cakes are wonderful Cinco de Mayo snacks. 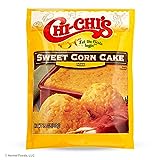 Deep-fried sopapillas are made of airy, puffy, and sweet dough and are wonderful Cinco de Mayo snacks. The consistency of this pillowy dough is comparable to that of Indian fried bread. For a savory snack, folks occasionally add styrofoam to the interior with taco meat.

They fill it with fruit and cream for dessert.

Traditional sopapilla preparation involves adding some shortening, such as butter, to the leavened wheat dough or a blend of wheat flour and masa harina. The dough is flattened into a sheet and allowed to rise before being cut into round, square, or triangular forms. Then, they are allowed to rise even higher before frying.

These pieces are deep-fried in oil, which causes them to puff out and, ideally, form a hollow pocket in the middle. Powdered sugar and honey are two basic ingredients for this recipe. These basic components have a huge effect. 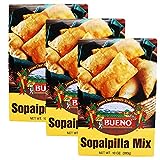 The flan’s origins can be traced back to ancient Rome when extra eggs were used to make custards with both sweet and savory flavors. The recipe changed because of the strong Mexican influence and became a common sweet dish today.

One of the dishes that people either love or detest is flan, and it is one of the most widely consumed Cinco de Mayo snacks. Its consistency matters more to most people than its flavor. It has a somewhat strange consistency which can be compared to Jello and cheesecake. However, the flans are firmer than Jello.

You’ll probably appreciate Mexican flan if you like cream cheese and vanilla and don’t mind the texture’s quirkiness.

The Cinco de Mayo festival is loved by all Mexicans and non-Mexicans alike. This is the time when families, friends, and loved ones gather to celebrate the victory of Mexico. The festival is full of joy, happiness, and, of course, mouthwatering snacks.

Above in this article, we explored several of the most popular Cinco de Mayo snacks. The list of sweet snacks includes Mexican flan, Sopapillas, Mexican sweet corn cake, churros, and chamoyada. On the other hand, the savory and salty delicacies include mole poblano, tamales, and tacos.