Mexican cuisine is a significant component of Mexican culture and popular traditions. First of all, you should be aware that in Mexico, they call their snacks “botanas” and that they have their roots in prehistoric times since the majority of their basic ingredients – corn, chili, fruits, and vegetables — are Mexican mainstays. Mexicans have a thriving snack culture based on the traditional Chucheria flavors of lime, salt, caramel, tamarind, and chili.

Follow this article to gain more information about Mexican snack culture and discover some delicious and popular Mexican snacks you can taste during your trip to Mexico.

You may also be interested in our articles about Mexican Candy and favorite snacks over the Cinco De Mayo holiday.

Mexican snacks, called sincronizadas, are made of two corn or flour tortillas, cheese, and ham pieces. The meal can be topped with optional fillings such as beans and Chorizo sausage. Typically, guacamole, pico de gallo, or sour cream are served with quesadillas sincronizadas that have been cut into wedges. It is stated that the obligatory ham component is the sole way the Sincronizadas differ from a standard quesadilla.

A dish identical to this one is called Gringa. And it substitutes pig al pastor for ham. The differences between these foods are hazy, and they frequently get mixed up, but what counts the most is that they are all delectable and well-liked around the world because of their distinctive flavors.

Sopes are thin, deep-fried disks of maize bread covered in a typical topping of beans, meat, cheese, and sauce. The recipe and name of these Mexican snacks vary from state to state in Mexico. A sope is known as Pellizcada in Puebla, a Picada in Veracruz, a Panucho in Yucatan, and Memela or Garnacha in Oaxaca.

It is distinguished by the way the edges are pinched together to create a border that holds the toppings. To explain what Sope is in its simplest form, the dish is occasionally referred to as Mexican Pizza, and these delectable nibbles are offered as an appetizer, a main meal, or for lunch or dinner.

A tortilla serves as the dish’s basis in the Yucatan specialty known as Panucho, which is then topped with refried beans. The chef or the client may choose additional toppings based on tastes. It can include everything from shredded chicken, fish, and fiery pickled peppers to cabbage, avocados, and onions.

Warm panuchos are typically served at pancheros, small eateries that specialize in the delicacy.

These Mexican snacks, called “Chile Relleno,” have their roots in Puebla. It is made up of chili peppers that have been filled with cheese, almonds, cinnamon, and diced beef. Usually, after the peppers have been filled, they are deep-fried in hot oil before being covered in eggs and flour.

Since the meal is associated with Saint Augustin and Mexican Independence Day, it is typically served as a snack or an appetizer in late August and early September. The Chile Relleno is thought to have been created in the 16th century, at the height of the Spanish invasion.

The Spanish word elote, which means corn, is also used to describe a common street meal in Mexico that consists of corn on the cob that has been coated in lime and mayonnaise, and then rolled in cotija cheese crumbles and chili powder. The meal is typically eaten with your hands while being held by the stalk.

Elote is no longer just a street snack provided by a variety of street vendors in Mexico because it has grown in popularity throughout time. It has served as an international delicacy in recent years, occasionally even in expensive restaurants all around the world.

A wheat or maize tortilla stuffed with melty cheese is the basic ingredient of the Mexican delicacy known as a quesadilla. It is frequently consumed after being folded in half. Other fillings for a quesadilla, like meat, beans, or potatoes, are permitted, but cheese is always required. It may occasionally be divided into wedges and served with salsa or guacamole on the side. Vegetables like chopped tomatoes, onions, lettuce, or hot chiles may also be added as toppings.

The history of the quesadilla is a little unclear, but it is known that the cheese and other dairy products were introduced to Mexico by the Spaniards during the colonial era, and the thin tortillas were already the mainstay of the Mesoamerican people.

The vivid purple Takis bag could have caught your attention if you’ve ever visited a Mexican bodega or grocery shop. But it is interesting to find out what the views are. These Mexican snacks resemble wrapped corn tortilla chips in essence. Takis are famous and adored for their hot, robust flavor. Takis are available in a variety of flavors, including Nitro, Blue heat, and crunchy Fajitas, even though the classic flavor is Fuego(chili and lime). 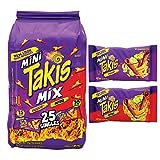 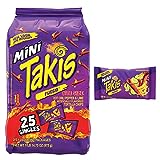 In Piedras Negras, Mexico, a group of military commanders’ wives received the first authentic dish of nachos, which included tortilla chips, melted cheese, and jalapenos. This happened in the year 1943. The female employees of the city’s Victory Club restaurant were the ladies from the US Army Air Force base.

Its maître d’hôtel, Ignacio “Nacho” Anaya, couldn’t locate the chef, so he prepared some easily accessible ingredients for the ladies and served them canapes of tortilla chips, cheese, and jalapenos. After creating those Mexican snacks, Anaya moved to the position of head chef at the restaurant a few years later. 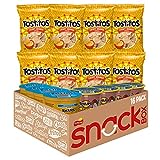 Gansitos are the peak of Mexican snacks. It has a delectable strawberry jelly and cream filling on top of a light cake with coconut undertones that are covered with chocolate and finished with chocolate sprinkles.

Gansitos were invented in 1957 by Marinela, a branch of Grupo Bimbo, the largest baking firm in the world. The delight has been enjoyed by generations of Mexicans and Mexican-Americans. Put them in the fridge if you don’t want your Mexican friends to make fun of you for eating them. Cooled gansitos are much better.

Vero Mango, a mango-flavored lollipop that is delightfully fashioned like a little mango dusted with chili powder, is the greatest substitute for a local Mexican fruit stand when one is not available. You should put a Mexican street culture-inspired sweet with one of the most popular fruits on your buying list for the Abarrotes. It’s the ideal Sunday afternoon treat, similar to a cup of cooked mango with lime, chile, and tajin. 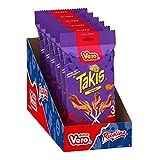 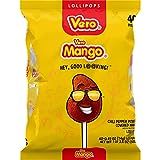 The round, embossed tea biscuits with brown sugar that were invented in England are known as Marias-style cookies. However, Mexicans prefer Gamesa, which has been produced for almost a century. Since there is no such thing as tea time in Mexico, Marias are used to make flan and to dunk in coffee or Mexican hot chocolate. Even at Mexican ice cream stores, these Mexican snacks are a popular taste.

Similar to Americans who grew up eating Jell-o pudding, Mexicans developed a love for the smaller-sized Duvalin due to its “bi Sabor” (two flavors) slogan. Now the company has released packages with three or even four different pudding tastes. 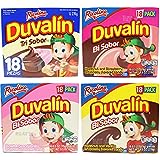 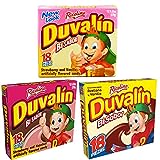 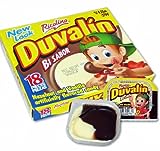 Empty plastic cups with a straw that is brightly colored and heavily coated in thick red pasta are frequently seen next to the prepared tamarind candies. A straw covered in a sweet, sour, spicy tamarind paste and dusted with chili powder is a Banderilla Tamarindo. Those Mexican snacks are used to make the well-known mangonadas, which will keep you cool on a hot day.

Fresh mangoes are blended and used to make the mangonadas. Then more fresh mango is placed on top of the chamoy-layered puree within the cup. Tajin (chile lime salt) is sprinkled on top as a finishing touch. Everything is consumed through the large Banderilla Tamarindo. If you saw one, you had to try it because you can only find it in Mexico.

The Mexican people have their own dialect, which originated from Morelia in Michoacan. But it is thought that their version is a modification of the Spanish gazpacho, which is served cold and with a similar blend of spices.

Typically, Mexican gazpachos are made with chopped jicama, mango, and pineapple. But this is how it began, and now they utilize a lot more fruit. The interesting element of these Mexican snacks is that once the fruit has been diced and placed in a plastic cup, it is prepared with lime, orange, vinegar, onion, and cheese that has been squeezed. It may sound heavy, but it is incredibly fresh and wonderful.

No matter your preferences or country of origin, everyone may enjoy the variety of Mexican snacks we covered in this article. Once you start eating them, it is almost impossible to quit. Many salty and sweet snacks can be found in Mexico, so we hope this article will help you to find some delicious Mexican snacks, enjoy tasting them during your trip to Mexico, and have an unforgettable time.