What do we all hate the most about eating candy? Emptying the bag! Well, Everlasting Gobstoppers can fix this problem for candy lovers all around the world.

The Everlasting Gobstopper is a gobstopper candy from Roald Dahl’s 1964 children’s novel Charlie and the Chocolate Factory and is the perfect solution for people who love to fundamentally enjoy their candy. These flavorful sweets last longer and hide more colorfulness inside than you can imagine!

This mysterious and imaginative candy isn’t just a regular sweet treat but has a big pop-cultural meaning. They are made with layers and layers that are painted in different colors and have different flavors, all of which are combined into one candy, providing you with an incredible, long-lasting experience.

The Story of Its Origin

Willy Wonka, the eccentric factory owner, declared Everlasting Gobstoppers to be one of his favorite candies during the film. So this widely enjoyable candy is created by Roald Dahl’s 1964 fictional world and represents a magical candy that changes colors and flavors when sucked on but never actually disappears. It’s everlasting!

Over the years, companies like Nestle have produced several variations of this confectionery. They were the first to create a product that was designed to resemble the Everlasting Gobstopper, and they marketed it as such, under the novel name of the candy, and in this way, they attracted a bunch of fans who wanted to taste these magical candies from their favorite movie. 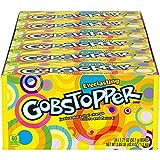 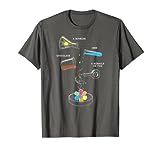 Where Did the Name “Gobstopper” Come From?

Gobstoppers were around long before Roald Dahl imagined the everlasting version of his novel and created the term “Everlasting Gobstoppers,” which importantly influenced the candy industry.

The phrase “gobstopper” comes from the British and Irish slang term “gob,” which means “mouth.” However, in the United States, hard candy was created by the Ferrara Pan Candy Company in the early 1900s, and it didn’t become a part of our vocabulary until the debut of the 1971 film, and only then as a confectionery item on the candy aisle.

What to Expect From Everlasting Gobstoppers

The Everlasting Gobstopper is a spherical candy, and as a normal gobstopper or jawbreaker, as we all know, this candy has several discrete layers that make it even more interesting. Each layer is a different color and flavor. The candy was described as having discrete layers that change effects as each layer unfolds in the book. The actual candy also functions similarly.

Everlasting Gobstoppers are available in a variety of different flavor combinations and usually have a chalky center with a pleasant cherry flavor so that your last bite of the candy should be your best! But if you aren’t a big fan of this kind of center, a version with a chewy center is also available for you.

In the book and the films, Willy Wonka says you would break your teeth if you tried to chew a gobstopper. Nestlé used this as an advantage to make the product even more interesting, so they produced gobstoppers that are chewable once sucked long enough. Even though they don’t last forever like in the novel, eating them is the same experience as eating magical, fictional candy from the movie; it looks and tastes like you are part of the story!

Most importantly, the candy constantly keeps you guessing what’s next while you enjoy it step-by-step, or layer-by-layer, as it reveals its hidden colors and flavors. Gobstopper unveils layers of happiness for those who like their candy everlasting.

What are the Ingredients in Everlasting Gobstopper Candy?

The ingredient list of Everlasting Gobstopper candy is as complicated as the candy itself. You might not know all the ingredients included, but still, to make the candy, some of these ingredients are used: Maltodextrin, Malic Acid, Hydrogenated Coconut Oil, Corn Syrup, Carnauba Wax, Egg Albumen, Sunflower Lecithin, Mineral Oil, Natural Flavors, and added colors, a long list of ingredients makes the candy in the way we love it!

These ingredients take care of the candy’s slow melting, and the main reason that it is a major hit amongst children is exactly due to its durability in the mouth. The multiple layers take a very long time to dissolve completely. And that’s what all the kids want, right?

Be Careful With Your Teeth!

Because Everlasting Gobstoppers take so long to break down, they’ll stay in your mouth for a long time, which isn’t healthy and may be dangerous for your teeth. The longer you keep the candy in your mouth, the more sugar is exposed to your teeth and the more damage they take. Furthermore, if you try to bite down on the candy, you risk chipping a tooth or breaking it. So we don’t think you or your dentist would be happy about it.

But still, eating these colorful candies once in a while will not harm you or your health. On the contrary, due to Gobstoppers’ non-sticky and long-lasting slightly sweet flavor, they’re one of the healthier candies you can have, and at the same time, it’s a whole lot of fun to enjoy them!

After discussing the ingredients and reviewing the origins of this extraordinary candy, we now have some more interesting things to tell you that you may wonder about. Are you wondering whether Everlasting Gobstopper is a vegan, sugar-free, or gluten-free candy? If so, here are some bonus facts and additional characteristics of the Everlasting Gobstoppers:

One of the most interesting facts about candy is that most consider it to be extremely boring, but in fact, it plays one of the most important roles in candy manufacturing: quality control!

The Everlasting Gobstoppers quality control process involves steps involving all 5 senses: touch, taste, smell, sight, and even sound! Visually, each Gobstopper must satisfy all five criteria: they must have a gleaming exterior and a lovely glossy finish, regardless of color or flavor.

Although they all have a similar taste and texture, the production process and the size of each candy can vary widely. Everlasting Gobstoppers only measure about one centimeter in diameter and are the smallest option that is currently available on the market, which is often the reason why the brand is the first choice of Gobstopper lovers.

But there are other kinds of Gobstoppers as well. For example, a more traditional jawbreaker is around the size of a modern golf ball, but it is much bigger and harder to eat. You’ve probably already looked up some of the Giant Jawbreakers available at candy shops that give us the challenge to taste and finish them!

Although it may not be sugar-free candy, the good news is that the Everlasting Gobstopper candies are gluten-free. Both the Original and Chewy Wonka Gobstoppers do not have gluten-containing ingredients, but what you should consider while getting this candy is that it seems that there may be a high possibility of cross-contamination in the manufacturing process.

This means they are manufactured at a facility where other products containing gluten are also manufactured. So there could be a slight possibility that it contains gluten. To be clear, we suggest you read the label carefully before making a purchase. You might want to check out some sugar-free candy, as well!

The Everlasting Gobstopper candy is not vegan. The ingredients and coloring agents that are used to manufacture the candy do not contain non-vegan components, but the candy does contain egg albumen as one of its key ingredients! But don’t be upset about it and check out the choices of vegan candies. Trust us, they will not disappoint you!

And here is a bonus fact about this imaginary candy: An actual Everlasting Gobstopper prop used in the Gene Wilder movie was sold for $100,000 (yes, you read it right!) to the owners of the television show Pawn Stars. This fact once more underlines the important influence of candy on pop culture.

This candy is massively popular, and it’s clear why: it’s not just a simple candy, but also a pop culture icon. The colorful and rock-solid delicacies keep kids busy for hours on end. Whether you’re looking for some funny candy for your next family trip or simply want something special for yourself, Everlasting Gobstoppers will surprise you! Oh, and there may be some nostalgic feelings alongside them that you should consider as positive side effects!