Nutritious and delicious should be the name of the game for any breakfast food right? Honey Smacks cereal tried to be just that. While it’s been through a few changes over the years, it’s still around and it’s a quality choice for a really great-tasting cereal. It’s not as nutritious as some might think, though.

Let’s check it out a bit more!

Honey Smacks Cereal comes from Kellogg’s. It’s just another of their longstanding cereal options that have withstood the test of time. The one thing about this cereal is that it actually was originally named Sugar Smacks. In some countries, it is produced under the name Smacks.

Regardless of which name you know it by, these are all one and the same.

Honey Smacks debuted as Sugar Smacks in the 1950s. The thing about it was it was introduced as being nutritious. While it was made with wheat, it still had a high sugar content. They crafted this cereal to be similar to a cereal in Britain that was really popular at the time.

Honey Smacks was sold under the name Sugar Smacks for about 30 years. It came out as Sugar Smacks and held that name until 1980. At that time, it was changed to Honey Smacks. In the US, it is still Honey Smacks but in countries like Germany, Spain, and France, it is now just called Smacks. That name change took place in 1990.

Interestingly enough, the cereal actually was called Smacks for a short time in the US too. This happened at the same time as the cereal in Europe changed names. However, that only lasted a few years and in 2004, the US version went back to Honey Smacks.

The story is that Kellogg’s changed the name of the cereal to make it sound more nutritious. However, even with the name changes, the formula always still held a high sugar content. There are some countries that no longer sell the cereal at all, although at one time they were big producers for it. One of those is Australia.

Honey Smacks did go through a recall period. This happened in 2018. At that time, there were rumors that recalled cereal was still being sold on the shelves. The recall was voluntary and was just supposed to affect certain boxes but even the CDC recommended just not eating it while the issue was resolved. Honey Smacks was back in production a few months later.

This cereal really has changed a lot over the years. It’s been through a lot of things but there’s no indication as to whether that was based on issues with the brand or not.

When it comes to marketing tactics, they’ve also changed this many different times. The cereal has had nearly 10 different mascots over the years. This is actually quite unusual. While many products will give their mascots updates through the years, they typically still keep the same mascot.

However, that was not really the case for Honey Smacks. They had changes here quite a bit. Here are some of their mascots.

When Was Honey Smacks Invented?

Honey Smacks was originally invented in the 1950s. It was called Sugar Smacks at that time. The name was because the little wheat puffs were heavily coated in sugar.

While the cereal has undergone several name and character changes through the years, it’s still the same wheat puff with a sugar coating so don’t be confused by the changes that make it look otherwise.

Honey Smacks cereal has been owned and produced by Kellogg’s since the initial production of the cereal in the 1950s. That means this cereal has been in the market for nearly 70 years, with the exception of a very short pause for their 2018 recall.

Ownership has never changed, although the name and other identifying factors have been adjusted over the years.

How Did Honey Smacks Get its Name?

Honey Smacks was originally named Sugar Smacks. It was named that because it was sugary and sweet. So sweet you would smack your lips when you enjoyed the treat. It was made using a wheat base that was like a small puff.

The puff was coated in sugar and that made it very sweet.

Later, Kellogg’s changed the name of the cereal to Honey Smacks. The name change did not affect the formula. They did however change the name in order to make the cereal sound a bit more nutritious. It’s interesting that they changed the name but not the sugar content.

At one time, Honey Smacks was considered to have the highest sugar content of any cereal available on the market. They are no longer the front runner on sugar content but it does still have a pretty hearty amount of sugar. It has some nutritional value but the sugar content is still fairly high.

While Honey Smacks is the current name, the cereal did go through more than one name change before it finally settled on this name. It seems like the cereal underwent a lot of changes through the years but since about 2004, it has remained constant with the same mascot and title. The formulas are still the same as well.

Now, it’s pretty easy and safe to purchase Honey Smacks. In the US, it’s available at most grocery stores or stores that carry cereal. You can also find it through online markets as well if you prefer something like Amazon.

Kellogg’s does offer a “where to buy” tool on their website. If you perhaps have troubles finding the cereal, you can always check that out to know if a store near you has or carries Honey Smacks. Again, most stores that carry cereal will carry this, unless they just have limited options for cereal and it happens to be ruled out. On the search tool, you can search by location or even online providers. 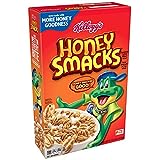 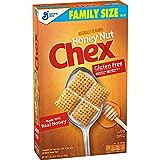