Dr. Pepper happens to be one of the oldest sodas in America out there. From a corner drug store in Texas to a big-name soft drink brand, you really don’t want to miss out on Dr. Pepper. That smooth and refreshing flavor has never been matched, although there are many brands and copycats that have attempted to get close.

This carbonated soft drink was created back in 1880 but didn’t actually get served until about 1885. It really took off in 1904 and is now available in multiple countries, including Europe, Asia, South America, South Africa, and Australia.

There are quite a few different flavor options for Dr. Pepper as well and we will talk about those in more detail later in this guide.

The History of Dr. Pepper

In 1880, Charles Alderton, of Waco, Texas, came up with this brilliant drink that we all lovingly know as Dr. Pepper. We’re not sure why he kept it a secret but the drink was not served to others, or at least recorded as being served to others, until 1885.

Mr. Alderton never named the drink, he simply created it. He worked for a local drugstore. When he shared his concoction with the drug store owner, Wade Morrison, the stories tell us that Morrison came up with the name. Dr. Pepper was named after Morrison’s love.

Dr. Pepper has been around ever since its debut and has never changed names over the years. It holds the place of the oldest major soft drink that is sold in America and it will always be a classic favorite, we are certain.

Now, Dr. Pepper is part of Keurig Dr. Pepper or KDP. While the stories tell us this is where the name really came from, there are also stories that perhaps it was named for medical benefits of the drink that it was originally advertised as having.

After Alderton created Dr. Pepper and they started serving it at the drugstore, it didn’t actually start being marketed in the United States until about 1904. It’s unclear what the delay was on this or whether they just enjoyed it as a local treat in the years in between creation and national distribution.

We do know that before the drink officially became Dr. Pepper, it was served at the Waco drugstore and simply referred to as a “Waco” when ordered by their customers. The drink did not get its official name until Alderton gave the formula to his boss, Morrison.

When they originally marketed Dr. Pepper, it was almost marketed for medical use with the claim that it could aid digestion and restore vigor and vitality for the user. There’s always been some question as to what is in Dr. Pepper but the formula is a trade secret and the company actively claims there is no prune juice in the formula.

The United States was the original location of Dr. Pepper and continues to be the main headquarters now. The drink is also sold in several other countries such as South Africa, New Zealand, Europe, Asia, South America, and Australia.

Interestingly enough, while this is internationally known and available, you will find that there are some states that it is hard to find Dr. Pepper at. While it’s almost always available in grocery stores, you may not find Dr. Pepper at your favorite restaurant in some of the East Coast states.

Dr. Pepper and Diet Dr. Pepper were always the main attractions. In more recent years, the company did add to the line, starting to add some new flavors and options in 2000. They also have produced some specialty flavors that were limited edition in the past few years.

In 1969, Dr. Pepper made an agreement with Coca-Cola to have them start distributing Dr. Pepper as well as to bottle it. The agreement was specific to the New York metro area at the time. Prior to this, Dr. Pepper was officially acclaimed to be a non-cola soft drink.

Later in 1972, Coca-Cola tried to mimic Dr. Pepper and this is where their counterpart Mr. Pibb was born. The name Mr. Pibb came around after lawsuits from previous names too similar to Dr. Pepper.

Somewhere in the 1980s, Dr. Pepper became insolvent as a company and they became a private company owned by an investment group. At one time, Coca-Cola did try to purchase Dr. Pepper but the FTC (Federal Trade Commission) actually blocked the sale.

What Year was Dr. Pepper Invented?

We’re not really sure what prompted Charles Alderton to create this drink. We do know that when it was served in the drugstore, they recommended it for digestive health, as well as restoring vigor and vitality.

Charles Alderton created the drink in 1880 and the drugstore began sharing it with clients just at their location. It was referred to as “The Waco” at that point in time. Later, Alderton gave the formula to Wade Morrison, who owned the drug store that he worked for.

This is when it was named Dr. Pepper.

Dr. Pepper and 7-Up were merged together in the 1980s, following financial struggles from both companies and a failed purchase from Coca-Cola that was denied by the FTC.

Both companies were acquired by a private investment group to bail them out of financial solvency issues.

Some people believe Dr Pepper is a Pepsi product but this is NOT true.

There is a lot of interesting history behind where Dr. Pepper got its name. Many people have speculated different theories over the years. Was the drink named such because it was used for health benefits and it has a unique peppery flavor? 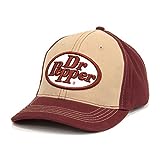 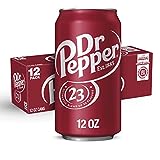 Originally, Dr. Pepper had 2 primary flavors available – regular and diet. Over time, they have added flavors and removed flavors. They have also had some limited edition flavors in more recent years. They did not start adding alternative flavors until about 2000.

Here is an extensive list of all of the known flavors that are currently in use.

Here are some other flavors that have been available in the past as well.

Some of their current flavors are harder to find in some areas but they are still in distribution. Of course, they will always be known for their classic original Dr. Pepper but you really can’t go wrong with any of their flavors.

Many of us have also enjoyed some of their limited edition flavors and feel the sadness of those only being limited edition. The Dark Berry flavor seemed to be incredibly popular at its release in 2019. Someday, maybe the company will bring back some of those flavors for limited release or even add to their line some more!

Here are the ingredients of Dr Pepper.

Dr. Pepper does have a website where you can purchase any of their flavors currently in production. This includes all of the flavors from our current list above. You can also purchase Dr. Pepper merchandise and sign up for Dr. Pepper rewards in the same area. These are easy to purchase here.

There are also several other online retailers, including Amazon and grocery stores.

In addition, you can find Dr. Pepper at just about any grocery store or big box retail store as well. If they stock name-brand sodas, there is a high likelihood they have Dr. Pepper.

Dr. Pepper may be more limited at restaurants but many do offer the beverage. If you ever find yourself in a position where you cannot find Dr. Pepper near you, they have a toll-free number you can call to find it nearby. That number is 1-888-377-3773.

Dr. Pepper and 7-Up were merged together in the 1980s, following financial struggles from both companies and a failed purchase from Coca-Cola that was denied by the FTC.
Both companies were acquired by a private investment group to bail them out of financial solvency issues.

What are the 23 flavors in Dr Pepper?

How much caffeine is in Dr Pepper?

How much caffeine in Diet Dr Pepper?

There is no caffeine in Diet Dr Pepper.

When was Dr Pepper invented?

Dr. Pepper was originally invented by Alderton in 1880. It was served to the public at a Waco drugstore in 1885. Dr. Pepper was officially named by Alderton’s manager, the owner of the drugstore he worked for when Alderton gave him the formula.
From there, Dr. Pepper officially became nationally available in the U.S. in 1904. This long-standing creation is now the oldest soft drink available in the United States.

Where is Dr Pepper made?

How did Dr Pepper get its name?

It was served at the drugstore where Alderton worked, and the first Dr Pepper fans asked for a “Waco.” The oldest soft drink in the United States, it was later named Dr Pepper, according to legend, after Dr. Charles Pepper, a friend of the drugstore owner.

How many calories are in a can of Dr Pepper?

How old is Dr Pepper?

This carbonated soft drink was created back in 1880 but didn’t actually get served until about 1885. It really took off in 1904 and is now available in multiple countries, including Europe, Asia, South America, South Africa, and Australia.

What ingredients are in Dr Pepper?