Quaker Oats Co. is a food conglomerate based in Chicago, USA. The company was founded by Henry Parsons Crowell in 1877 by merging several large oat mills. The company is a famous manufacturer of mainly oatmeal and food and beverage products such as the famous Gatorade. The company name was changed to Quaker Food and Beverages after it was acquired by PepsiCo in 2001.

About the Quaker Community

The Quaker community is also known as the Society of Friends. The community started forming in the middle of the 17th century in England. They were Christians, dedicated to the fact that people had to live according to the “Inner Light.” Friends founded the American Colony and were successful and dominant people.

Even though the number of Quakers is pretty small today, the group is pretty powerful. They have made significant changes in everyday life and contributed to science, industry, and social reforms. Quakers were pretty active in confectionery making, creating one of the first candy brands, and had a huge influence on the industry. 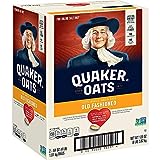 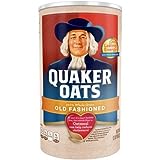 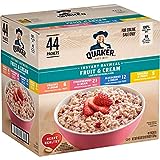 It all started in the 1850s, when the oat mills were founded by Ferdinand Schumacher and Robert Stuart. In the 1870s, they founded different mills in Ohio, USA, and Ontario, Canada. Schumacher’s cereal advertisement was printed in the newspaper in 1870, and it brought a pretty good reputation and popularity to the company.

Eventually, in 1877, the Quaker Mill Company was founded in Ohio. The company owned a trademark for the Quaker name. The very first trademark of their famous breakfast cereals was “a man in Quaker’s garb.”

The famous American cereal company: Quaker Oats, was founded in 1887. The company was the result of the merging of seven large oat millers. As part of the advertisement campaign, they introduced the half-ounce packaged cereals and started distributing them in Portland, Oregon. Boys on bicycles were taking them house to house. It was a great campaign idea because people would have a chance to try out their product and buy more. The promotion campaign was very successful, and soon they decided to extend it to several major cities.

Because of Henry Crowell’s unique management style, Quaker Oats became known as a cereal tycoon. An interesting fact is that he had most of his money, around 70%, donated to the Crowell Trust. He was one of the most respected Christian businessmen of the 20th century.

He managed to hold an advertisement campaign for their product. It was a box of breakfast cereal. The product was unique because one could buy the cereals in quantities rather than the traditional bulk method.

The very first series of recipes, such as oatmeal bread, that were written on the box was introduced in 1891. They were the first brand that featured actual recipes on the packaging. Soon after that, Quaker Oats released a cylindrical package, which became iconic for the brand. Also, they created premium cereal boxes.

To stimulate sales, they made a very smart move. The buyers of cereal boxes had to send one dollar and a picture of “Quaker Man” cut out of the package. As a result, they would receive double boilers to cook the oatmeal. In the 1920s, Quaker Quick Oats were introduced and became one of the most famous snacks. They had the crystal radio kid offered in the cylinder packaging too.

In 1968, a new plant for Quaker Oats was built in Illinois. The plant is currently manufacturing pancake mixes, oat squares, King Vitamin Natural Granola Cereals, Cherry Granola Bars, and others.

The company acquired Fisher-Price in 1969. The Fisher-Price toy company was the one that financed the famous movie, Willy Wonka and the Chocolate Factory. In return for this funding, the company received a license to use the names of the products that were shown in the movie.

Another great acquisition was in 1982 when Quaker Oats bought US Games and Orange Juice Plant Ardmore Farms.

The brand has had numerous acquisitions and sales by companies over the years, until 2001, when it was purchased by PepsiCo, Inc. for $14 billion. The main reasons for its purchase were Gatorade and soft drink brands. Quaker Oats was launched in India in 2006 with a mission to “make India heart healthy”.

The very first version of the Quaker Oats brand logo was created in 1946. It was a portrait of a Quaker man in black and white. The man in the picture was smiling. In 1969, the black and white logo was remodeled after the Sundblom illustration. This early creation became the basis for the famous logo version that was created in 1972 by John Mills.

The logo was officially released in 1877. It was a figure of a Quaker man, who had a scroll in his hand. On the scroll, there was the word “Pure” written. It was in resemblance to the woodcut of William Penn, who was a philosopher in the 17th century and belonged to the Quaker community. The trademark for breakfast cereal was registered on September 4th, 1877.

In 2012, the logo was changed again, and this time, there was a picture of a younger-looking “Quaker Man”. Sometimes, the man is referred to as “Larry”. According to the brand, the logo is not a representation of an actual person. The man in the logo is wearing the Quaker garb to show and project the values of the Quaker community, such as honesty, strength, purity, and integrity. Nowadays, the Quaker Oats logo is considered one of the most easily recognizable logos in the snack industry.

Most Popular Products from Quaker Oats

The Quaker Oats product is made from whole grain. It contains no artificial flavors or colors and is a source of healthy fiber.

There is no need to point out that one of the main products of the brand is oat cereal. It is made from natural whole-grain oats, which can supply our bodies with the fibers that are needed for our health. The cereals are sodium-free. When the ideal sodium level is less than a teaspoon a day, products have a balanced amount of sodium in them.

The brand offers a variety of products falling into the categories of Porridge, Granola & Muesli, Breakfast on the go, Quaker Oat snacks, and Oat Crisp cereal.

It is strange, but the Quaker Oats brand does not have anything to do with actual Quaker society. Even more, the members have expressed negative thoughts and frustrations regarding the fact that the brand used the Quaker’s name. The frustrations were serious, and the protests started as early as the 1990s.

There were several controversies regarding the research and experiments held by the company. Some experiments were held on children, and later on, the results were used in advertising campaigns. Because of that, the company was eventually sued. Finally, in 1997, the lawsuit was settled.

Another allegation against the brand was made in 2010 by the plaintiff. The lawsuit was about the fact that the product marketed by the company was not as healthy as it was promoted. They consisted of trans fat when the packaging featured “Heart Healthy”.

In 2014, Quaker Oats agreed and removed trans fats from their products. However, they stated that the labeling was not false or misleading.

Nothing can compare to the warm bowl of homemade oatmeal. Some love it, some hate it, but we can say for sure that it gives us energy for the day and fills us up with needed fiber. Oatmeal is not only a breakfast food but is also widely used in many different recipes, including cookies and bread.

Quaker Oats are considered old-fashioned treats that have been around and been part of our lives for more than a century. The brand had a long way to go and went through countless changes. However, they are still the products that we need and love.

The Quaker Oats Company, known as Quaker has been owned by PepsiCo since 2001.

Who is the Quaker Oats Guy?

The “Quaker man” is not an actual person. His image is that of a man dressed in the Quaker garb, chosen because the Quaker faith projected the values of honesty, integrity, purity and strength.