Sour Patch Kids are gummy candies that are sweet and sour. They come in the form of small humanoid creatures, aka, the Sour Patch Kids. This candy is coated with a sour-sugar-like coating and comes in a variety of colors and flavors. Sour Patch Kids have become popular both for its look and taste, and have a strong following. Sour Patch Kids was first called “Mars Men“ when it was created in the 1970s but was later renamed “Sour Patch Kids” in the year 1985.

Sour Patch Kids, known as Very Bad Kids in France and Maynards Sour Patch Kids in the UK and Canada, are soft candy with a coating of invert sugar and sour sugar that creates a sour and sweet taste. They were originally shaped like Martians to capitalize on the space enthusiasm of the ’70s and transformed into children in the ’80s following the Cabbage Patch Kids craze.

Frank Galatolie, a Canadian, created Mars Men in the late 1970s for Jaret International. Cadbury and Malaco Licorice Company formed the Allen Candy Company in Ontario to produce them and they were renamed Sour Patch Kids in 1985 and introduced to U.S. markets. Mondelez International, a New Jersey company, acquired the company in the late 1990s and currently makes Sour Patch Kids candies.

The popular slogan, “Sour. Sweet. Gone.” refers to the sour-to-sweet taste of this 80s candy. The sugar coating is made with tartaric acid and citric acid that reacts with the saliva on the tongue to create a strong sour flavor before the sweet gummy candy under the coating is released to produce the sweet taste. “Then the candy is gone and it’s time to go back to the bag for another,” quips wideopeneats.com.

Some ingredients that have been used in Sour Patch Kids before are sugar, invert sugar, corn syrup, corn starch, tartaric acid, citric acid, natural artificial flavoring, and yellow, red and blue coloring. The original candy mascot, a blonde boy with his tongue sticking out, was based on Galatolie’s son, Scott. The packaging of the candy stayed the same for years, with a ball cap added on the boy and in 1992 a girl added. It wasn’t until 2010 that the mascot became the candy itself.

Sour Patch Kids Extreme featured an extra sour coating and Sour Patch Fruits were shaped like a variety of fruits instead of kids, including watermelon, orange, lemon, lime, grape and cherry. UK Sour Patch Kids, marketed under the name “Maynards Sour Patch Kids” included Lime, Lemon, Orange and Raspberry and later added Blackcurrant. There have been a variety of Sour Patch Kids spin-off products, from video games to ice cream, ice pops, gum, cereal and even a sour ale.

In the World Gone Sour, a video game developed by Canadian studio Playbrains and published by Capcom in 2011, the player takes the role of a green Sour Patch Kid that falls out of a package in a movie theater and goes on a quest to get eaten.

Sour Patch Kids ice cream, made by Dryers/Edys and introduced in 2018, mixes the flavor of lemon sorbet and vanilla ice cream with a Redberry swirl and actual chunks of blue Sour Patch Kids. “The Redberry Swirl is everything. It sits like thin sheets of icing but has a perfectly sugary grit, and tastes exactly like the Redberry Sour Patch Kid,” a junkbanter.com reviewer posted.

Mob Craft Beer is brewing Sour Catch, a Belgian style Pale Ale with Sour Patch Kids that it says will be available in 2020. “Sweet then sour, then barrel-aged! Belgian Pale ale with Sour Patch Kids added!” the company proclaims at Mobcraftbeer.com. “Apparently it’s made with ‘actual sour children,'” a contributor to untappd.com quipped.

If Sour Patch Kids candies and the spin-off products aren’t enough, how about the company’s efforts to make life more comfortable for professional musicians? In 2014, Patch houses in Austin, Texas and Brooklyn have opened that offer musicians comfortable and free places to stay, according to a Billboard.com post. “I spend half of my time on the road in hotel rooms — The Patch in Austin was a good break from that,” says singer-songwriter Zella Day. “Life on the road is hard for musicians, so why don’t we start by giving them a place to stay?” Sour Patch Kids ­marketing director Farrah Bezner says of the brand’s decision to establish the homes. 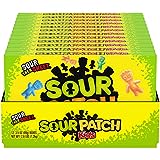 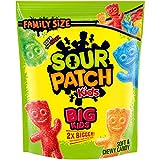 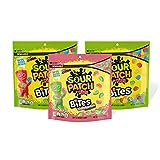 The Year Sour Patch Kids Were Made

The man who invented Sour Patch Kids is Frank Galatolie. When first created the candy was called Mars Men.

The Sour Patch Kids brand is owned by Mondelez International, an American multinational confectionery, food, and beverage holding company based in Illinois. Mondelez is the parent company of Nabisco, which owns Ice Breakers candy and Oreo O’s Cereal.

Here are the ingredients of Sour Patch Kids.

What is the Sour Patch Kids mystery flavor?

The sugar coating is made with tartaric acid and citric acid that reacts with the saliva on the tongue to create a strong sour flavor before the sweet gummy candy under the coating is released to produce the sweet taste.

The Sour Patch Kids brand is owned by Mondelez International, an American multinational confectionery, food, and beverage holding company based in Illinois.