Almost everyone has tried this yummy little candy and most people keep it at the top of their list of favorite candies. This is a classic treat that is still passed out at Halloween and given to kids for Easter candy and other holidays.

This is a candy that has been manufactured for longer continuously than almost any other candy that is sold in the US, and you will find that great-grandparents would have enjoyed the same treat that you are familiar with today. Originally a penny candy, this is one of the classic candies that everyone around the world is familiar with.

This was the first individually wrapped penny candy that was sold in the US. It was first sold in 1907 as a blend of taffy and caramel by founder Leo Hirschfield (sometimes also spelled Hirshfield). Hirschfield was the son of an Austrian candy maker and he came to New York in 1896. He worked in other industries for many years and there is some debate about how he got started making candy.

The most commonly told version of his story is that he started a candy shop in Brooklyn that later became part of Stern & Salberg. Other versions of the tale indicate that he started working at this company and rose to a senior position over time.

Either way, the Tootsie Roll was his brainchild and it was first released in 1907 after the technique that gives them their texture had had time to be patented. He named this little treat after his daughter Clara, who they affectionately called “tootsie”.

The first commercial marketing of the treat was done in 1908 and shortly after this, Hirschfield became the vice-president of the company. He changed the name of the company to Sweets Company of America in 1917. By 1920, he had resigned or was possibly fired and on January 14, 1922, he killed himself.

By 1935, the company had run into serious financial difficulty. During the company’s difficulties, Bernard D Rubin obtained control of Tootsie Roll and he decided to run the company for a time. Things got better with Bernard at the helm, and Tootsie Rolls were made larger to help them to sell better.

The Rubin family still controls the company and it has since been renamed Tootsie Roll Industries. This is one of the largest candy manufacturers in the world at this time and they make about 64 million Tootsie Rolls each day.

The recipe is famous for including the remnants of the batch from the day before and the company likes to tout that every Tootsie Roll that you buy and consume has a small part of the very first batch of candy that was made by Leo all those years ago. 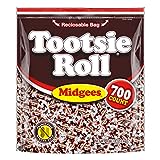 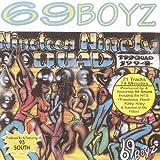 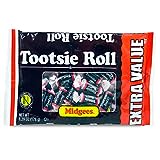 You can also buy Tootsie Rolls at Old Time Candy by clicking the image below.

From the Amazon entry for the large rolls:

There are actually many flavors besides the classic caramel and chocolatey confection that was the classic style. These flavors are sold as Tootsie Frooties and Tootsie Fruit Chews:

These flavors accompany the Tootsie Roll Pop which has one of the most famous advertisements that has ever been made.

The alternate flavors have always been wrapped in colorful wrappers that match their flavors. Green for lime, strawberry is pink, the grape is purple and so forth. The lettering is white on the fruity flavors just like on the traditional Tootsie Roll flavors.

Tootsie Rolls taste like a blend of caramel and chocolate. This is largely due to the special process that included adding gelatin to the blend that made the candy and then baking it slowly for two hours. The unique flavor was not only delicious, but the formula also resisted melting due to its unique creation process.

Due to the delicious flavor and the sturdy nature of these candies, they were put into soldiers’ rations during WWII. This helped to cement the flavor profile as comfort food and the Depression-era presence of the candy as a cheap and delicious sweet was no hindrance to the candy’s popularity as well.

Tootsie Roll has been around for so long that there are so many different ad campaigns that have been associated with this candy. Captain Tootsie was one of the more successful campaigns which were implemented in 1943. This unique comic included sidekick Rollo and three young friends. The comic was used as an advertisement and it was meant to be kid-friendly as it promoted the candies.

These comics ended in the 1950s but there was another reference to the comic in the 1970s when Marvel Comics used the Captain Tootsie uniform as the basis for Doc Samson. More recently, in 2019, Captain Tootsie was used as part of the older comic book characters in the Savage Dragon series.

Slogans for this candy have run the gamut due to the many years that this candy has been on the market. The Tootsie Roll jingle in 1976 was, “Whatever It Is I Think I See”. This song was used for the ads for more than 20 years and would be familiar to older adults even today. Many people will remember the line, “Whatever it is I think I see becomes a Tootsie Roll to me”.

This is probably their most memorable campaign and there are many people who were not aware of the smaller candies themselves until they tried their first Tootsie Roll Pop with a Tootsie Roll center.

What is Unique About Tootsie Roll Pops?

Besides their unique flavor that is hard to define but is more like a blend of chocolate flavor and caramel flavor, there are other things that are unique about this candy. The gelatin that is used to make the candy have its unique flavor was originally created while Hirschfield was working for Stern and Staalberg. Gelatin treats were very big at that time, and Jell-o was not the only candy or treat made with this product.

The Tootsie Roll pop creation process includes this unique gelatin product and without the patented process, they would not have their unique texture that melts in your mouth. Hirschfield brought this unique process with him to the brand and it is often credited with being a large part of why the brand was so successful and continues to be so popular.

What Sizes is Tootsie Roll Sold in?

Tootsie Rolls are sold in Mini bites sizes, as well as the larger rolls that were made after the candy was sized up. There is also a larger size that is the same size as a small candy bar. You can buy them in mixed bags as well with the other fruity flavors and there are limited edition packs and flavor combinations that are sold as well.

Halloween candy and other candy-centric holidays sometimes lead to new varieties or variations on the mixed bags that are being sold as well. There is no shortage of snacking options for you to enjoy, no matter what season.

When Was Tootsie Roll Born?

This portion of the Tootsie Roll family was born in 1931 and was very popular during the Depression. There were some basic original flavors that have survived until today due to their amazing taste. The first flavors were cherry, raspberry, orange, grape, and chocolate. These flavors have been expanded to include strawberry watermelon and lemon and also pomegranate and mystery flavor. There are also seasonal flavors like Wild Blue Berry, Wild BlackBerry, and Wild Mango Berry that make an appearance from time to time

This video showcases many ads, including Blow Pop:

What is a Tootsie Roll made of?

What is a Tootsie Roll?

Tootsie Roll is a chocolate-flavored taffy-like candy that has been manufactured in the United States since 1907.

Tootsie Roll Industries is an American manufacturer of confectionery. Its best-known products have been Tootsie Rolls and Tootsie Pops.

How many licks does it take to get to the center of a Tootsie Roll Pop?

A group of engineering students from Purdue University reported that its licking machine, modeled after a human tongue, took an average of 364 licks to get to the center of a Tootsie Pop. Twenty of the group’s volunteers assumed the licking challenge-unassisted by machinery-and averaged 252 licks each to the center.

How many calories in a Tootsie Roll?