Diet Pepsi is a zero-calorie cola known primarily in the U.S. market, but it can be found in other countries in slightly different formulas and with variations or the name. You might find it as Pepsi Max, Diet Pepsi Max or Pepsi Light at shops and restaurants around the world.

Diet Pepsi itself was the first no- or low-calorie cola to be sold in the United States nationwide. It was first tested in America in 1963 under the name Patio, and when it got positive feedback from health-conscious consumers, it earned a national launch in 1964. Diet Pepsi made its way across the pond in 1983, becoming Pepsi Diet in the United Kingdom.

During the 1960s and 1950s, Pepsi’s main competition in the low-calorie beverage category were Tab, and Diet Rite. Tab Soda was made by Pepsi’s archrival, The Coca-Cola Company, and Diet Rite was a product of RC Cola. Things really heated up in 1982, when Diet Coke hit the market. Since then, the Cola Wars have come to include the diet varieties, with both drinks nabbing a significant share of the sales.

Over the years, the sweetener used in Diet Pepsi has been through some changes. The original drink used saccharin to give it a sugary flavor. After concerns were raised about the consumption of saccharin in the 1970s, Pepsi changed the sweetening ingredient to aspartame.

Several years later, aspartame also came into question, including in media reports that alleged a connection between consuming the artificial sweetener to the development of brain tumors in humans. After extensive studies and research, the US. Food and Drug Administration deemed that aspartame was safe to consume at the levels contained in soft drinks.

Still, in 2013, Pepsi decided to switch its sweetener again. This time, Diet Peps would contain sucralose, a new product that purportedly tasted more like sugar. This formula was not a long-term hit, and customers turned to social media to express their objections to the switch. In 2016, Pepsi showed it was listening and released the original formula as well, calling it “Diet Pepsi Classic Sweetener Blend.” Eventually, Pepsi replaced the sucralose version altogether and reverted to the aspartame variet of Diet Pepsi.

In the U.K., a low-calorie Pepsi product was a huge hit, even before Diet Pepsi hit the market in the United States. Pepsi Max could not be sold in the U.S. because it contained a sweetener that was not approved in America.

The ingredient, called acesulfame potassium, was combined with aspartame to sweeten the soft drink. Most other sodas used straight aspartame, and that one ingredient, the acesulfame potassium, kept Pepsi Max out of America for more than a decade. Pepsi Max eventually became available in the U.S. without that key sweetener. Pepsi Max was first sold in America In 2007, about 14 years after it was launched in Australia, the U.K. and Italy. It was also called Diet Pepsi Max. 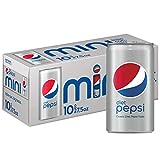 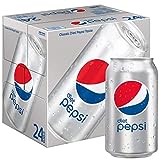 The type of sweetener used was not the only change Pepsi has made to Diet Pepsi. The company has also created a decaffeinated version and variations on flavors.

Examples of popular flavors available in the United States include wild cherry, vanilla, lemon, and lime. In other parts of the world, and under other names, including Pepsi Max and Pepsi Zero Sugar, flavors are even more varied.  Examples include such flavors as ginger and cinnamon, coffee, apple, mint, raspberry, cream and mango.

PepsiCo, parent company of all the lines of Pepsi products, include Diet Pepsi, Pepsi Max, Pepsi Light and Pepsi Blue, continues to be one of the largest beverage and snack companies in the world, both by sales volume and revenue.

PepsiCo was formed in 1965 when the Pepsi-Cola Company merged with Frito-Lay. PepsiCo has continued to expand and grow, and it now owns several hundred brands and factories and facilities all over the world, in 200 countries in fact. The company’s net revenue clocks in at over $100 billion. Diet Pepsi is just one of the many products contributing to the notable profit levels.

Some of the big hitters owned by PepsiCo are Pepsi, Diet Pepsi, Mountain Dew, Lay’s, Tostitos and Fritos. Each of those brands generates more than $1 billion on their own.

One of the most iconic business rivalries in the world is centered in the beverage industry. It’s so well-known, in fact, that it has a name: The Cola Wars.

The Cola Wars involve Diet Pepsi and Diet Coke, Pepsi and Coke and all the cola varieties made by the two industry giants. The competition for which drink is preferred by soda drinkers all over the world has become so ingrained in culture, that individuals have been known to identify themselves by whether they are a “Pepsi person” or a “Coke person.” The same goes for whether they are a “Diet Pepsi person” or a “Diet Coke person.”

The Cola Wars were in full swing in the 1970s and 1980s, and the diet varieties joined the regular drinks on the battlefield in 1982, when Diet Coke hit the market.

Coca-Cola and Pepsi used different tactics to win customer loyalty. Coca-Cola created campaigns to appeal to a sense of nostalgia and family memories. The company’s ad campaigns used beloved characters, like the iconic Coca-Cola polar bear and the even more iconic Santa Claus, who has been a highlight of their winter holiday marketing campaigns.

Pepsi has always used campaigns to appeal to customers’ sense of adventure and excitement, including in its campaigns for Diet Pepsi. Think partnerships with sports figures, musicians, celebrities and athletic events like the Super Bowl.

One of the Cola Wars campaigns that really struck a chord was the Pepsi Challenge. The Challenge asked ordinary people to participate in a taste-test to finally settle which drink was the best. The participants were blindfolded and were given samples of the rival colas. They were asked to choose a favorite. Pepsi nearly always won the challenge–no surprise since it was a Pepsi ad campaign. The results were more missed when the taste-tests were conducted by independent researchers.

Ultimately, the Pepsi Challenge was a win for both companies and all the products in the Pepsi and Coca-Cola beverage lines.

Diet Pepsi got its first standalone advertising campaign, separate from Pepsi, in the late 1960s. The campaign hit with a major bang. Called “Girlwatchers,” it contained a jingle that became so popular that it was eventually recorded as a full song, was played on the radio and became a Top 40 hit single.

Diet Pepsi has partnered with athletes, actors and other celebrities. In 1985, Super Bowl quarterbacks Joe Montana from the San Francisco 49ers and Dan Marino from the Miami Dolphins were featured in a commercial just after the big game that purported to show Montana buying Marino a Diet Pepsi as a consolation prize.

Diet Pepsi partnered with Paramount Pictures on the VHS release of the blockbuster “Top Gun.” In the commercials, a Top Gun pilot is shown drinking a Diet Pepsi as he flies upside down. A commercial for Diet Pepsi was also included in all VHS tapes of the movie. The cross-promotional approach was the first of its kind and became a standard practice going forward.

One of the most well-known advertising campaigns featured Cindy Crawford, the most famous supermodel in the early 1990s. In the first commercial, Crawford quenches her thirst on a hot summer day by buying a can of Diet Pepsi from a vending machine. She was also featured in commercials in 2002 and 2005, each to launch new packaging and slogans.

What is the difference between Diet Pepsi and Pepsi Zero?

How many calories in Diet Pepsi?

There are 0 calories in Diet Pepsi.

What sweetener is in Diet Pepsi?

The initial formulation of Diet Pepsi was sweetened with the artificial sweetener saccharin, although concerns over saccharin emerged in the 1970s, prompting a shift to an alternative sweetener, aspartame, which was marketed as the brand NutraSweet, in 1983.

When did Diet Pepsi come out?

Pepsi became the first national cola to offer a no-calorie option to consumers when Diet Pepsi was introduced in 1964.

How many carbs in Diet Pepsi?

There are 0 carbs in Diet Pepsi.