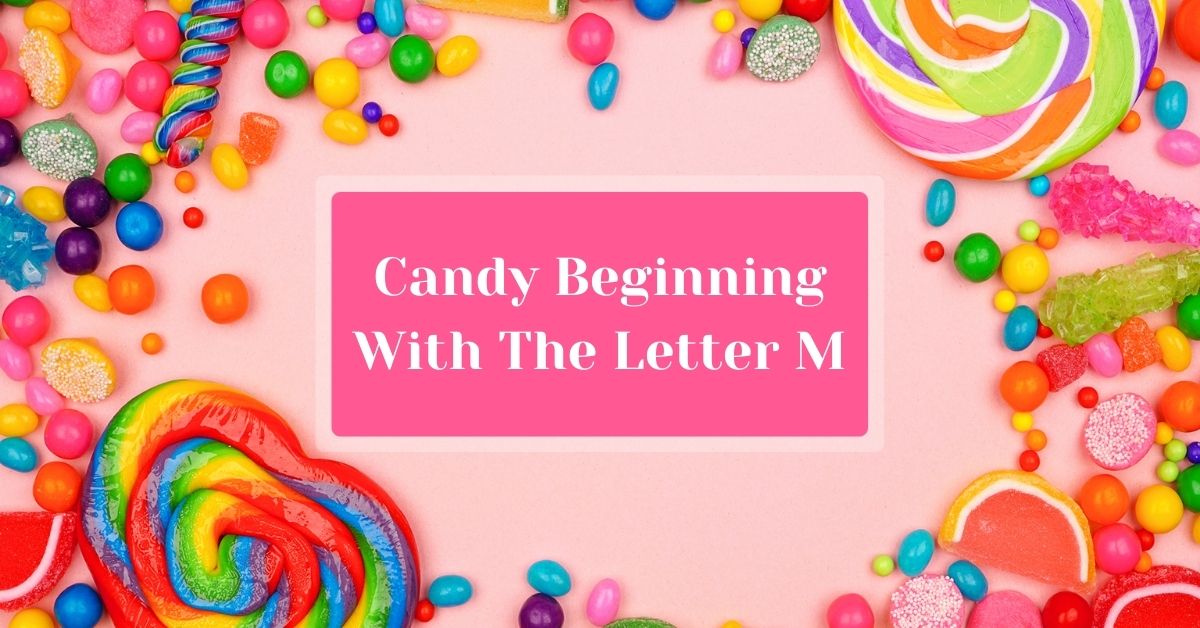 Whether you love Mars candy bars or you want to keep it mild and modern with some other fun choices, we have a lot of fun things to share. Take a look at these candies and see which ones really stand out most to you.

Top Candy that Starts with M

In this guide to candy that starts with M, we’re going to start with some of the most popular options out there. Take a look at these.

If you want a classic candy that has been around for close to 100 years, Milk Duds are awesome! This chocolate, caramel treat has been around since 1928, that’s 94 years of chewy goodness. The candy was actually made by mistake, which is perhaps where the name dud came into play in the title.

Milk Duds are just a small ball of caramel that is then coated in milk chocolate. You will find them popular with movie theater candy and concessions, but you can buy them at most candy and grocery stores as well. You can pop one (or a few) in your mouth and chew them or suck on them. Chewing can be challenging thanks to all that yummy caramel inside.

The original creator of the candy wanted to make candy that was a perfect circle every time. When they found that was easier said than done, they decided they liked the imperfection of the duds and so it stuck. That was with Hoffman and Company. Now, Nestle is the proud owner of the brand.

The tagline for Milk Duds is “chewy not gooey” and it certainly applies.

Speaking of caramel, let’s move on to the Milky Way. This candy bar is pretty much out of this world – or maybe the galaxy? It’s produced by Mars and was originally introduced in the USA markets in 1924. It’s yet another timeless classic that has been around for nearly 100 years. The UK also has a version of the candy bar that is just slightly different, and it’s been around since 1935.

This delightful chocolate bar is made with a nougat that is then topped with caramel. It’s loaded with caramel. The entire thing is then covered in milk chocolate to create a sweet and tasteful candy bar that is irresistible.

While Milky Way candy might seem like it’s a galaxy reference, it’s actually named after the inspiration behind the bar. A popular malted milk drink led them to create this candy bar and that’s where the name came from as well. The first year the candy bar was produced, it totaled sales of more than $800,000, and that was in 1924!

You might be familiar with M&Ms as the candy that has always had the slogan “they melt in your mouth, not in your hands” and it’s one of the most popular candy beginning with the letter M. It’s hard not to love this fun candy. They’ve created so many different flavors and styles over the years, but you also can’t beat the traditional milk chocolate version either.

This is another candy that is made by Mars Incorporated. M&Ms first came out in 1941 and they continue to be sold in more than 100 countries worldwide now. They traditionally come in blue, red, orange, yellow, green, and brown but you might sometimes find different colors too. You can even order custom colors for special events.

The first flavor was milk chocolate, and they also have that flavor in mini M&Ms. You can find a variety of other flavors out there too. Whether you want something like peanut, peanut butter, or interesting options like pretzel, caramel, or even mint, they’ve got you covered.

It’s a vast industry and they are always coming out with specialty and new flavors to try out as well. It’s so much fun because you can just grab a handful and enjoy.

If you want to switch from chocolate to sweet, take a look at Mike & Ike candy. These little bite-sized pieces are fruit flavored and fun to eat. They were originally made in 1940 through a company known as Just Born. There are rumors that Mike & Ike were the inventors of the candy and you might even remember a few years ago when they had a falling out and you could buy “Mike” or “Ike” off the shelves.

There are lots of stories behind the name, but the truth is that we don’t really know the full origins of the name. We just know that the candy is fun and enjoyable. This is another movie theater and concession candy. Of course, you can also find it often in candy or grocery stores as well.

They have their original set of flavors, which included cherry, strawberry, orange, lemon, and lime. However, the brand has expanded far beyond that. They now have combinations like Tropical Typhoon, Berry Blast, Mega Mix, and so much more. You can even find sour combination and lemonade blends at times.

Through the years, they have had some specialty flavors but most of those have since been discontinued.

Other Candy that Starts with M

We’ve covered some of the top choices and most popular options but there are many more candies beginning with m out there. Here are some additional choices that you might be interested in.

Munchies are originally from the UK, and they’ve been around since about 1957. These are made by Nestle. It’s a simple creation and they’re designed in bite-sized pieces when you just need something to satisfy your munchies.

The pieces are made with a small biscuit in the middle. That’s coated in caramel and then it’s all covered in chocolate. It’s tasty and has just the right amount of crunch to really enjoy the treat! You can have just a few or the whole package, it’s up to you!

If you love minty freshness, you will love Mentos. These were originally just breath mints but in more recent years, they expanded their product line to include gum as well. The mints have been around since 1932 and they are sold around the world. Their tagline is “stay fresh”.

These mints have a unique shape but what really makes them stand out is the fact that the inside of the mint is chewy. The original creation came in a roll of mints. Now, you can find a ton of flavor options and you can find different varieties, like the Mentos gum as well.

Mr. Goodbar is a classic made by the Hershey Company. This candy bar first came out in 1925. Now, it’s nearly impossible to find the full-sized version but you can find them in the miniature candy bars, particularly in the mixture package that has Mr. Goodbar, Krackel, and other flavors as well.

This is a simple chocolate candy bar that has peanuts inside. It’s a high-protein option, which is one of the factors that make it popular. The story behind it is one you should definitely look into as well considering it was made during the Depression.

If you love tropical candy, you will love Mamba candy. It might just make you feel like you’re on a tropical island, even when you’re stuck at home or work. These are just simple fruit chews that are very similar to fruit snacks. The bag contains simple flavors, but they are oh so juicy and flavorful.

Mamba candies have been around since 1953 initially. The first market was in Germany, and they were brought to the US in 1986.

Mounds are another masterpiece from the Hershey Company. It’s a simple candy bar that is often confused with the Almond Joy. They are very similar, but Mounds do not have that almond on top. This candy bar is made with coconut and a dark chocolate coating.

Mounds candy bars were introduced in 1920 and officially met their century mark in recent years. This candy bar was originally created by Peter Paul candy company.

Moon Pie is more of a treat than candy, but it deserved mention here. These have been around and popular for more than 100 years. It’s a simple treat that is made with graham cracker, marshmallow, and a chocolate coating. It’s almost like a smores but you don’t have to roast your own marshmallows! It’s tasty and delicious.

Conclusion On Candy Beginning With The Letter M

When it comes to candy that starts with M, you have a lot of great choices. This is perhaps one of the most popular letters out there for candy and it’s easy to see why. Many of these candies have been around for nearly a century, with some of them even passing that 100-year mark.

Have you tried all of these?